Morningstar Boats are revolutionary because of their unique aluminium plate formed hulls.

Additionally, side plates and gunwales can now be integrated into a streamline shape with second chine and a flared bow. Together, these formed plates give the hull outstanding hydraulic properties, static and dynamic.

That’s why we call it the Hydro Hull. 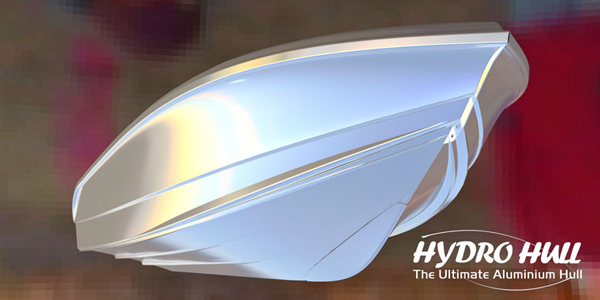 Strength is another important characteristic of the Hydro Hull. The formed plates act as a strong outer shell, an exoskeleton. This ‘unibody’ concept might seem familiar, because it is highly popular with high-end sports cars, airplanes, automobiles and top-end bicycles. No longer dependent on frames alone to provide structural strength, the net result is a stronger, lighter and more rigid integral structure. Special folding technology is also used to construct stiffeners and transom. A folded stiffener system and transom dramatically decrease welding and increase rigidity and durability.

Hydro Hull take things another step further: a rigid shell means robot welding is now a possibility. Robots are blind and can only follow fixed paths. If the deviation between pieces is greater than 1mm, parts cannot be welded by robots.

The end effect is that we are able to consistently reproduce identical welds on the Hydro Hull time and time again. 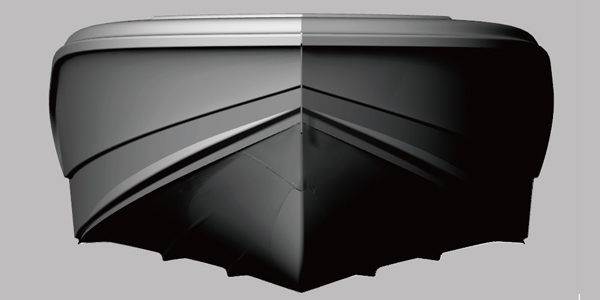